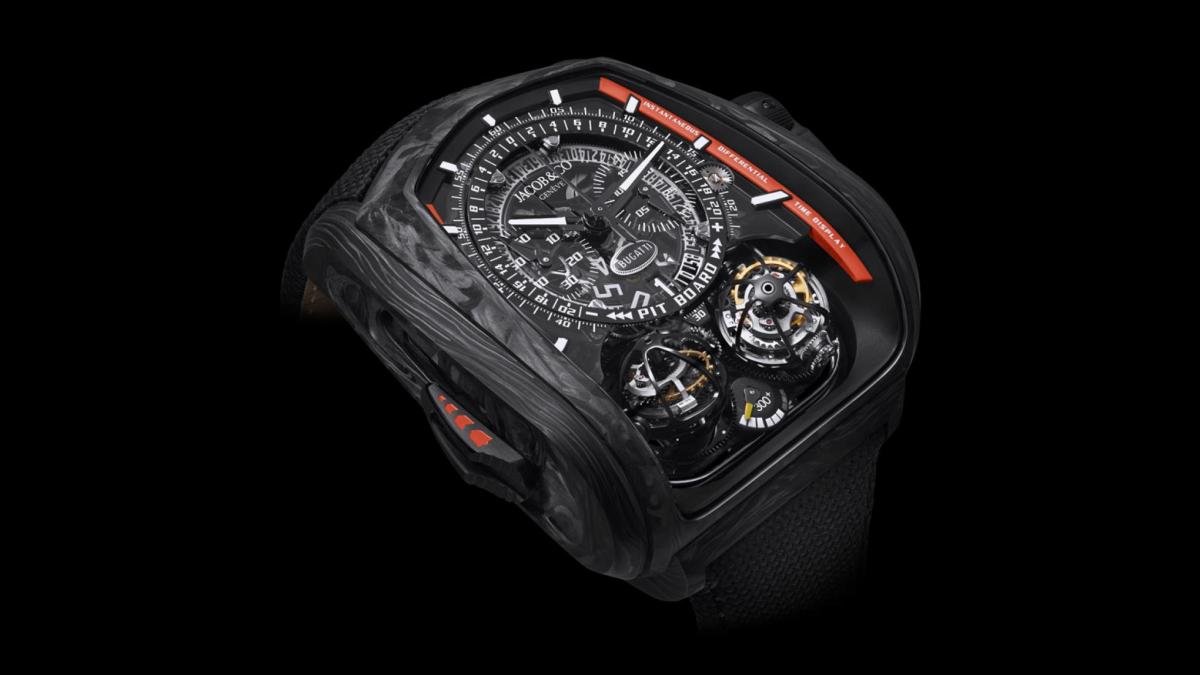 Bugatti and Jacob & Co announced a partnership sometime last year and from it we have seen some astonishing pieces that celebrate the record breaking marque. There has been the Chiron Tourbillon featuring a miniature W16 engine where the pistons ‘fired’. Now, the brand has revealed its latest creation, the Jacob & Co Twin Turbo Furious Bugatti 300+.

In honour of the record breaking Bugatti Chiron Super Sport 300+, in which it was piloted to 304 mph by test driver Andy Wallace, the first to break the 300mph barrier. The Jacob & Co watch, inspired by the materials used on the record breaking car as well as the mind-blowing performance of its engine.

Housed in a 88 piece forged carbon fibre case is a complex 832 component calibre with two black titanium triple-axis tourbillon escapements and a decimal minute repeater which in itself is very rare. Much like a minute repeater, this watch chimes the number of 10 minute intervals after the last hours and minutes and due to its patented Double Mechanical Safety feature, it won’t be interrupted during the chiming sequence.

It features a 50-hour power reserve and a mono-pusher chronograph that shows a ‘reference time’ inspired by pit boards at race tracks. Only three of these watches are to be made and each will be priced at $580,000, meaning the 27 other Chiron Super Sport 300+ owners will have to do without.