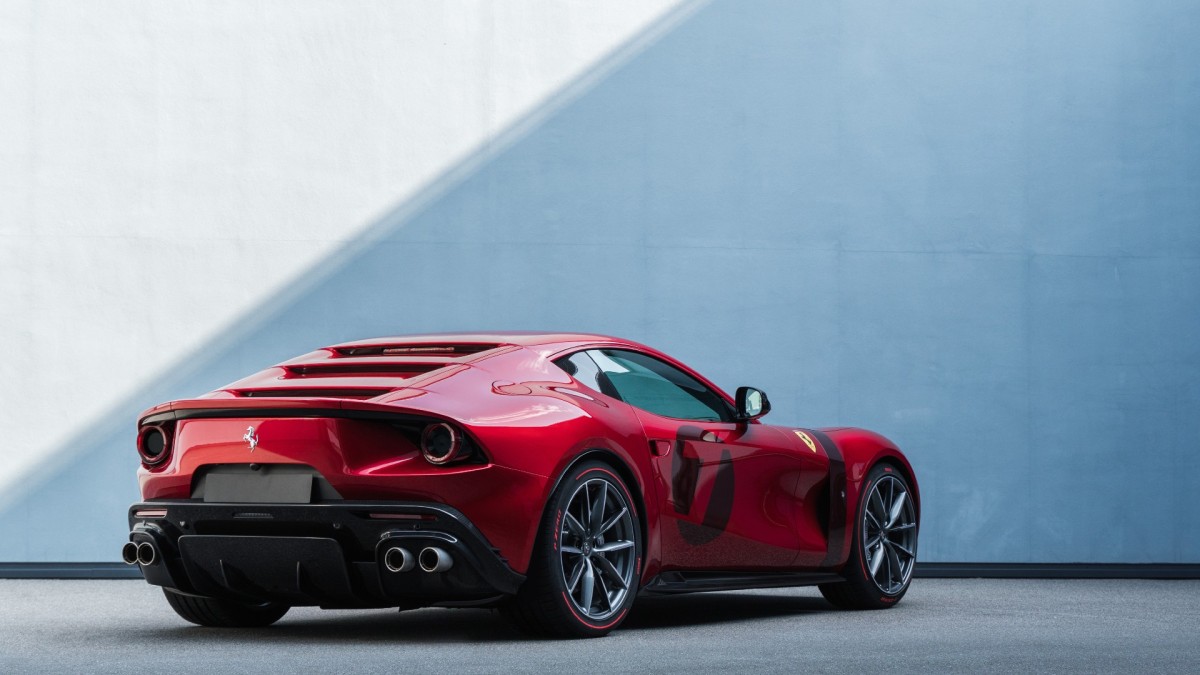 Ferrari has revealed a one-off model based on an 812 Superfast, known as the Omologata. This is the 10th one-off Ferrari has made with a V12 model and is said to be a clear descendent of Ferrari’s great GT tradition spanning seven decades of history.

Commissioned for a ‘discerning European client’, the project took a little over two years to complete from initial sketches to the hand over. Using the base 812, only the windscreen and headlights were kept from the existing bodywork, the rest of the Omologata was crafted in a way that it oozed street presence whilst maintaining a very pure formal language.

Painted in a triple layer Rosso Magma over darkened carbon fibre, it also has a new paint colour, one used for the livery – a new shade of red, which unfortunately doesn’t have a name.

Inside, the tributes to Ferrari’s racing past are on show, the electric blue seats, finished in a combination of leather and Jeans Aunde fabric with 4-point racing harnesses, stand out against a full black interior. Metal parts on the dashboard and steering wheel are finished with the crackled paint effect associated with GT racers of the 1950s and 1960s as well as with Ferrari’s engine cam covers. A hammered paint effect so often used in cars such as the 250 LM and 250 GTO finds its way on details such as the inner door handles and on the Ferrari F1 bridge.