The time of year has come around for all petrol heads. Much like Christmas for a child, the 85th edition of the Geneva Motor show is ten days of motoring goodness. Here are a number of the hotly anticipated cars expected to make an appearance at the show on 5th -15th March. 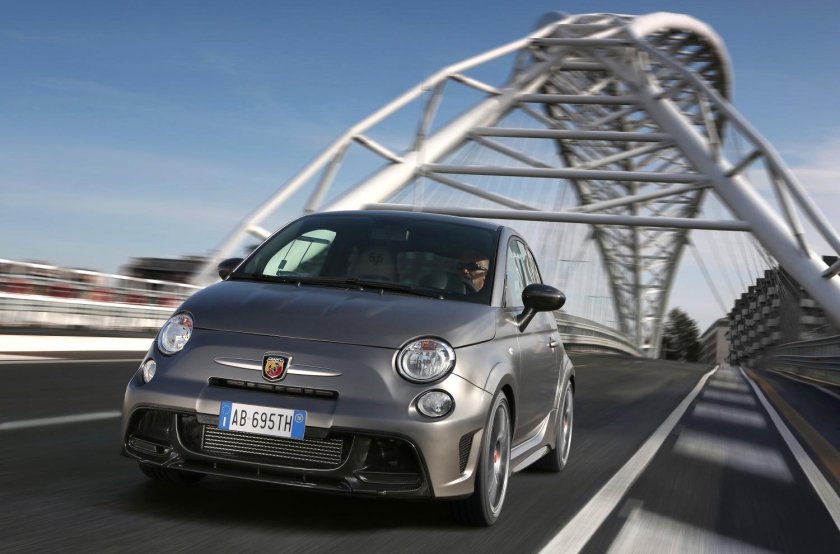 Abarth 659 Biposto and a number of updates to the 500 range and new kits and accessories.

The Alfa 4C gets the wind in your hair treatment with a Spider version. With its new look, both models get a new voice box in the shape of an Akrapovic exhaust system. 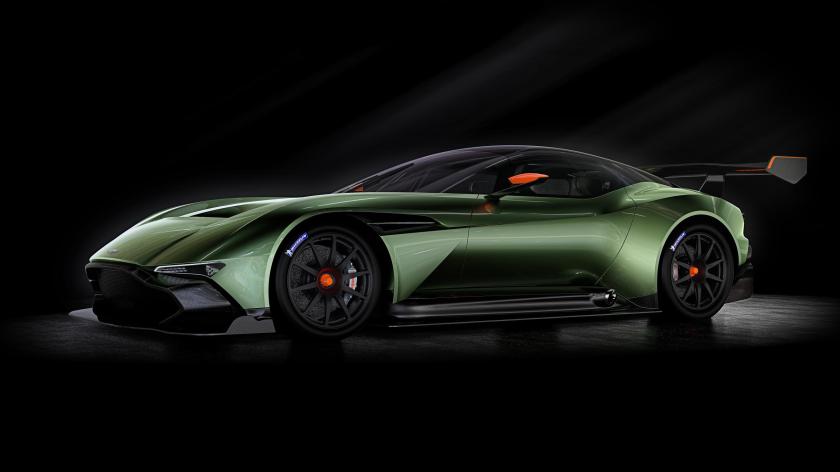 Vulcan is Aston Martin’s new track weapon. Fitted with a hearty 7.0Litre V12 pushing over 800bhp to the rear wheels and limited to 24 examples.  Expect these beasts to be sold out before even catching a glimpse of them in the metal. 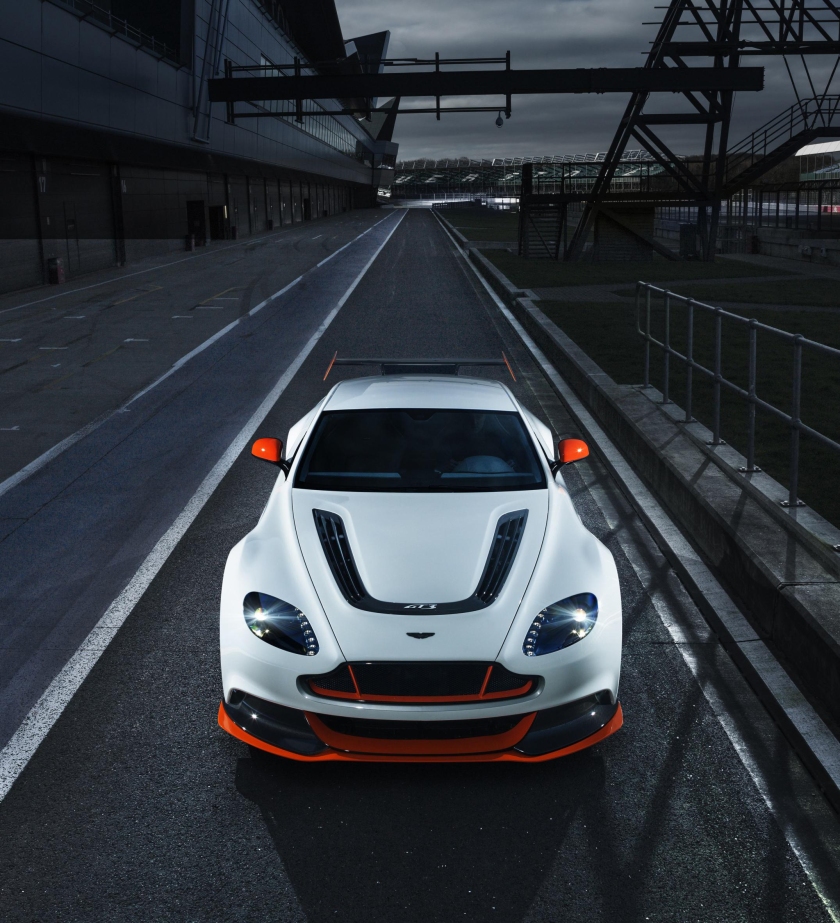 Another racer for Aston, the Vantage GT3 Special Edition, is a road and track car limited to 100 examples, heavily inspired by the marque’s success in Motorsport. The GT3 has clearly been on a diet, losing 100kg over the V12 Vantage S thanks to extensive use of carbon fibre in and around the car. 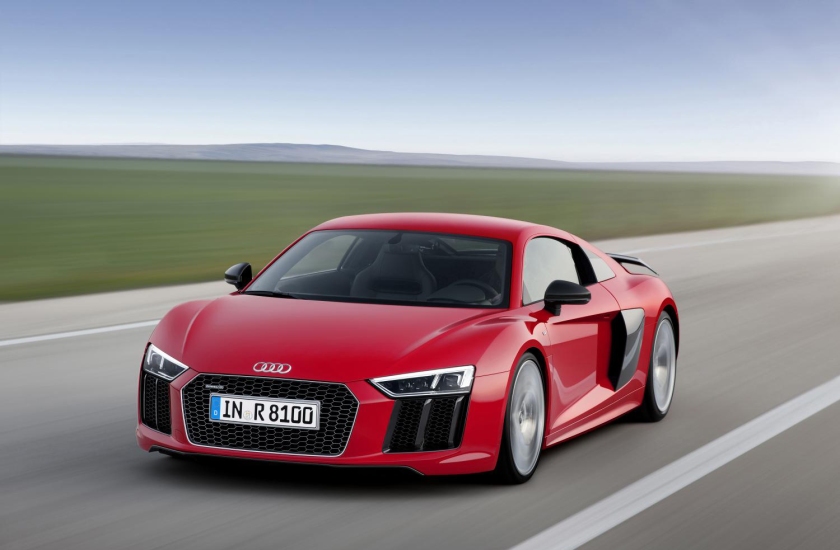 The supercar which promised to take on the Italians at their own game is back with an update. The R8 gets updated looks, loses some weight (50kg) over its predecessor capable of hitting 62mph in 3.2sec and topping out at 205mph. The V10 engine comes in two guises, standard packing 533bhp and the V10 Plus with 602bhp. 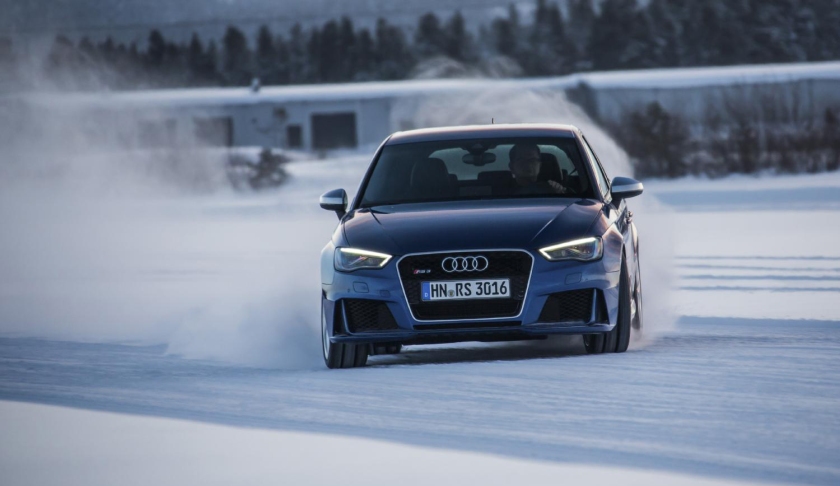 Making its official appearance to the public is the RS3 Sportback, to be hitting the roads by Summer 2015. Deemed the most powerful five cylinder engine ever produced by Audi RS with 362bhp and 465Nm to play with, it is a good thing it is fitted with Audi’s Quattro four-wheel drive system. 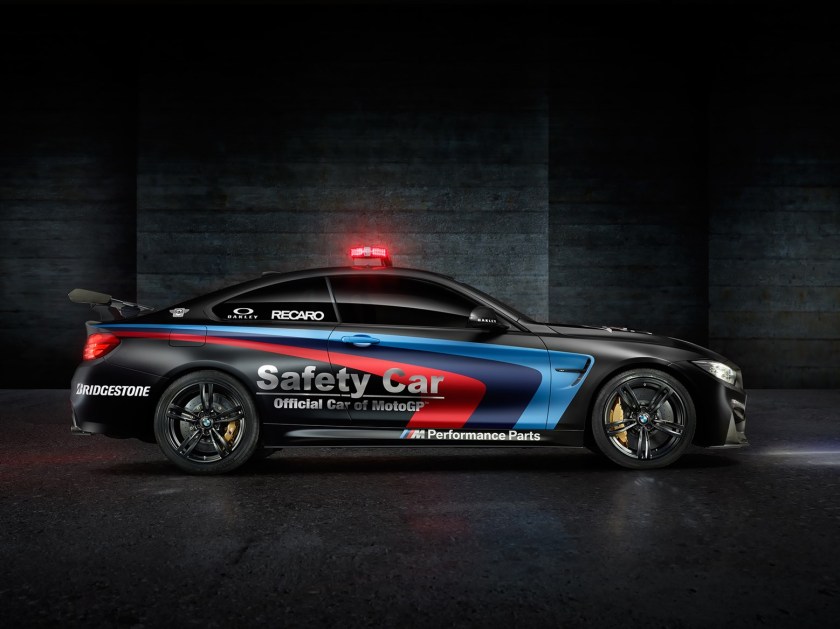 BMW have updated a few of its models including the 1-Series and the 6-series but what everyone wants to see is the M4 MotoGP safety car. 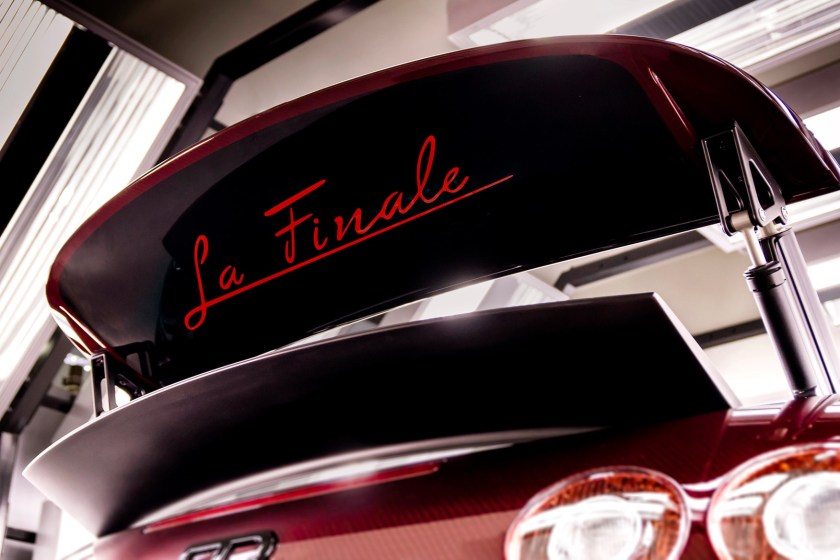 Veyron La Finale is the very last one to roll off the factory line. Already sold to a lucky chap in the Middle East  this vast array of numbers wasn’t something people were used to when it was first introduced back in 2004. But now, let’s see the successor. 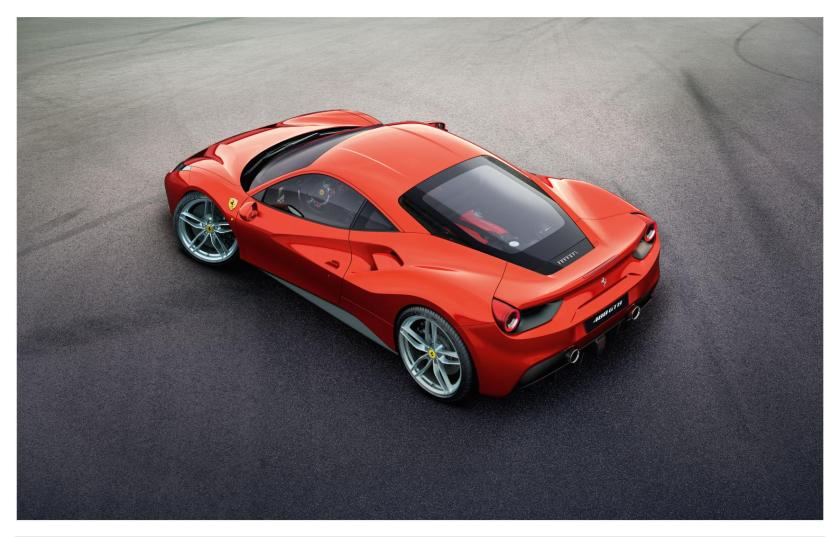 Turbocharging has made a comeback to the ‘Cavellino.’ The 488GTB can be said to be the successor to the F40, the last turbocharged mid-engined Ferrari and a replacement to the fantastic 458 Italia. 661bhp and 760Nm are created by the 3.9Litre Turbo V8 able to hit 125mph in 8.3 seconds. The much-anticipated Focus RS is the 30th incarnation to wear the RS badge. Fitted with all-wheel drive and torque vectoring will help the driver push the 316bhp to its limits. Ken Block, driver of the legendary Gymkhana series was a consultant during the development of the RS. 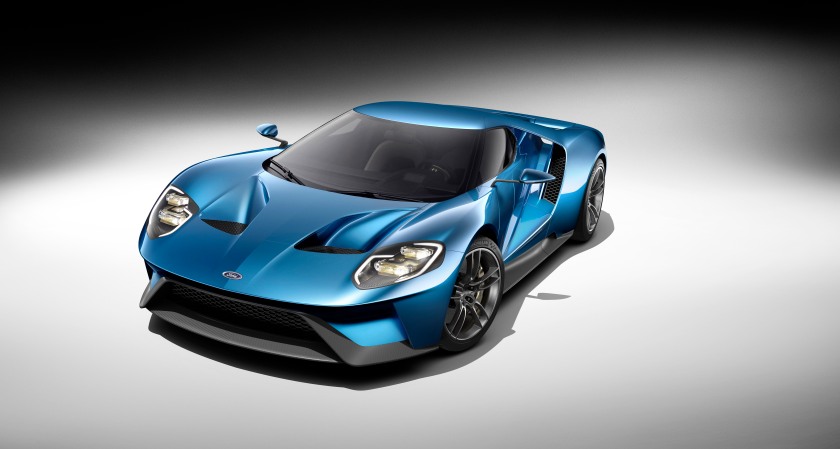 50 years after Ford’s GT40 took all three spots on the podium at the 1966 24Hours of Le Mans, Ford have revealed the new GT powered by a twin-turbocharged 3.5Litre EcoBoost V6 said to give the car the one of the best power-to-weight ratios of any production car. 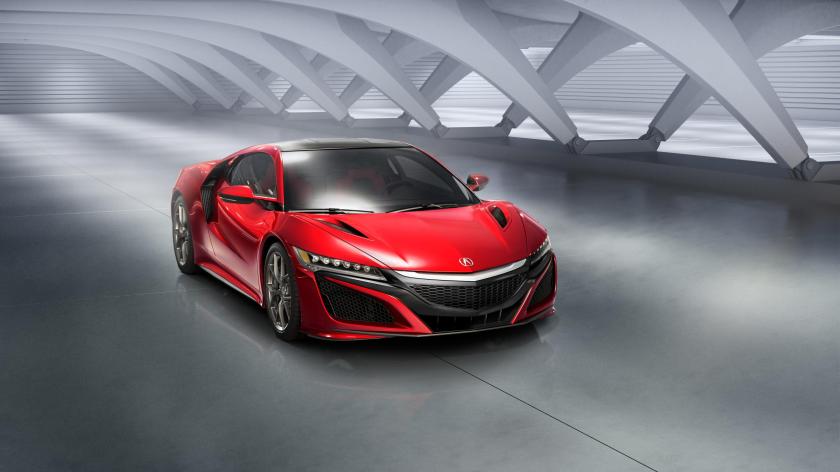 Honda are back in F1 with an engine partnership with McLaren F1 and an icon has been reinvented. The NSX is making its rounds 25 years after the original was first premiered. A twin-turbocharged V6 which is a nod back to the original is fitted with a nine-speed DCT box. 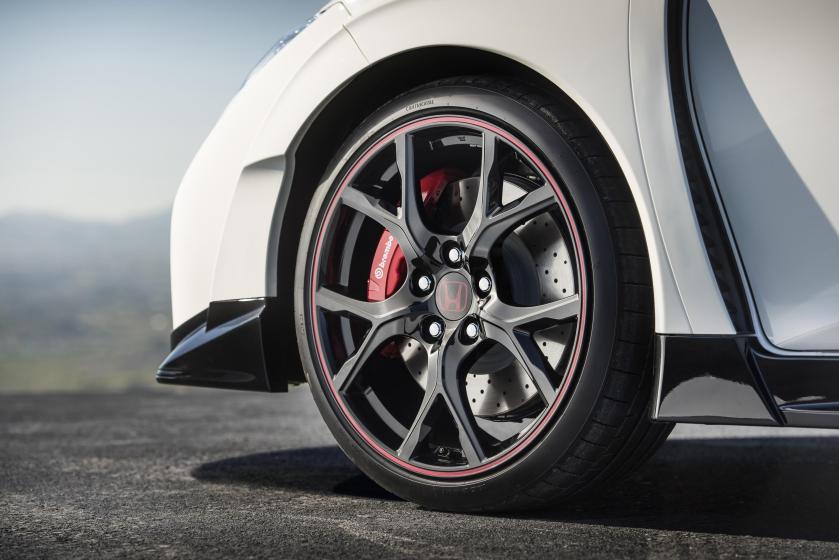 The Civic Type R is getting its debut fitted with a 2.0Litre VTEC Turbo engine allowing drivers to hit a top speed over 160mph. To help drivers deal with the level of speed, the Type R has been fitted with 350mm drilled Brembo brakes up front.

The Swedish company has managed to keep it all very hush-hush in terms of leaks of new cars. A teased sketch of the rear of potentially the Agera RS and supposedly Koenigsegg is bringing another hypercar to Geneva hopefully to take on the three hybrid hypercars from the likes of Porsche, McLaren and Ferrari.

Again very little has been given away by Lamborghini, spy shots of what looked like an Aventador SV have  been seen across the internet but all details are being kept close to heart before the official reveal however their teaser video promises to reveal the most ‘reactive’ Lamborghini yet. 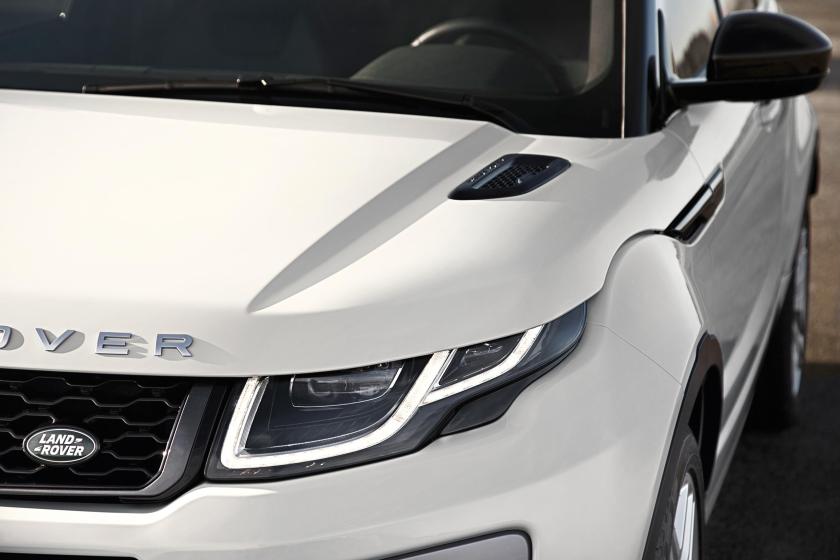 The stunning Land Rover Evoque gets some cosmetic surgery up front (not that it was ugly in the first place) and gains Jaguar-Land Rover’s new Ingenium engines promising up to 68mpg and under 110g/km of CO2. 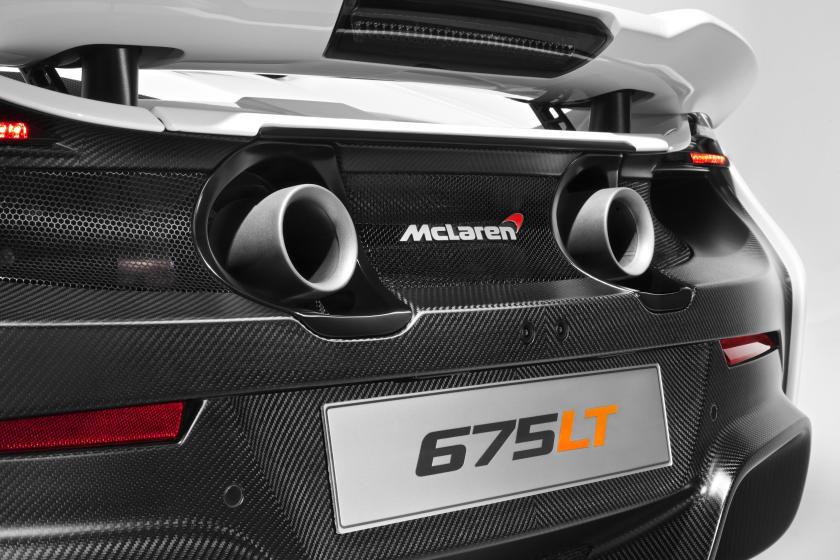 The Longtail is back. The Mclaren 675LT focusses on less weight and more power.It will shoot to 62mph in 2.9secs. McLaren will make five ‘Hero’ specification Longtails  which consist of never offered colours Silica White, Delta Red, Napier Green and Chicane Grey. The McLaren Orange completes the set.

Some individuals don’t in the saying that enough is enough. A few of those people clearly work at McLaren as they have taken the insanely quick P1 and upped the power to make the P1GTR. 986bhp, 50kg lighter, wider and lower than the standard P1 and some serious spoilers creating 10% more downforce are all the ingredients to make this GTR.

Three noteworthy models are being launched by Mercedes. We have reworks of two classics and a GT3 racer.

Maybach is back as a sub-brand and the first model is the remake of the classic S600 Pullman, 50 years on. At a length of 6.5 metres expect to have a driver to wait with the car as prices start around €500,000 for the unarmored version. I doubt it will be a slouch if it needs to get out of any hairy situations as it is fitted with a V12 biturbo with 830Nm available from as low as 1900RPM. 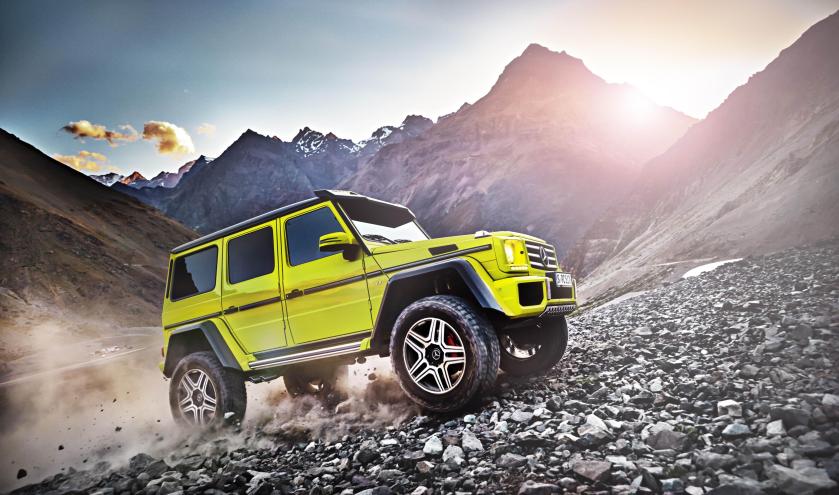 If off-roading is more your thing, the G-wagen is the one for you. Elements of the 6×6 have been fitted to the G to create the G500 4×4 squared.  New powerful engines, wider track and higher ground clearance (450mm) promises to tackle nearly any environment you throw at it. 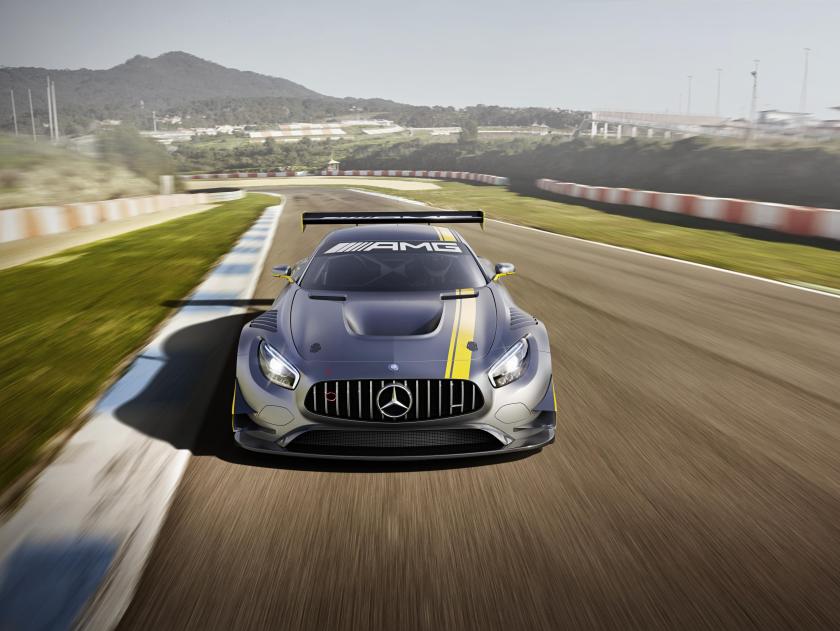 The GT3 race series is about to get a little more interesting, Mercedes are to launch the AMG GT3 race car. Even though the road car is fitted with a 4.4 biturbo V8, the GT3 will use a fettled example of the naturally aspirated 6.2 V8 from the SLS AMG GT. 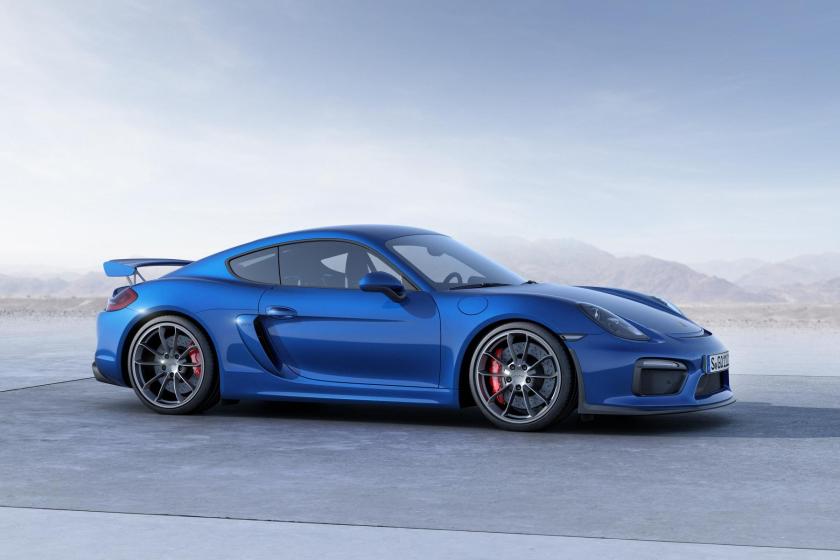 A manual hardcore Cayman is coming. The Cayman GT4 is built with components from the 911 GT3, perfect for racing and with an engine derived from the 911 Carrera S, it is good for 380bhp helping position it as a benchmark.

The second model is a secret but quoted ‘is another exceptional Porsche that sets new standards on the racetrack.’ Could it be the 911 GT3 RS? 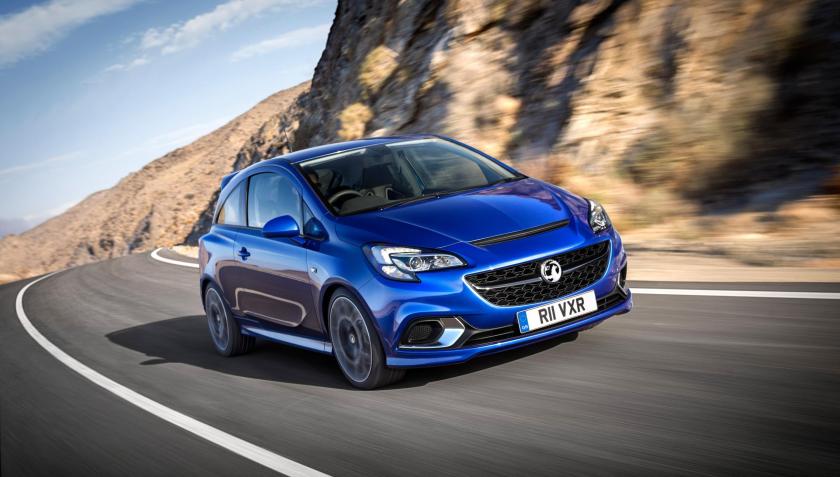 A hot hatch that is set to attack Ford’s Fiesta ST sales. The Vauxhall Corsa VXR   is fitted with a 1.6Litre turbo charged petrol engine pumping out 202bhp and up to 280Nm of torque to the front wheels. The VXR averages 245Nm from revs as low as 1,900rpm, which is a significant change from the outgoing car.