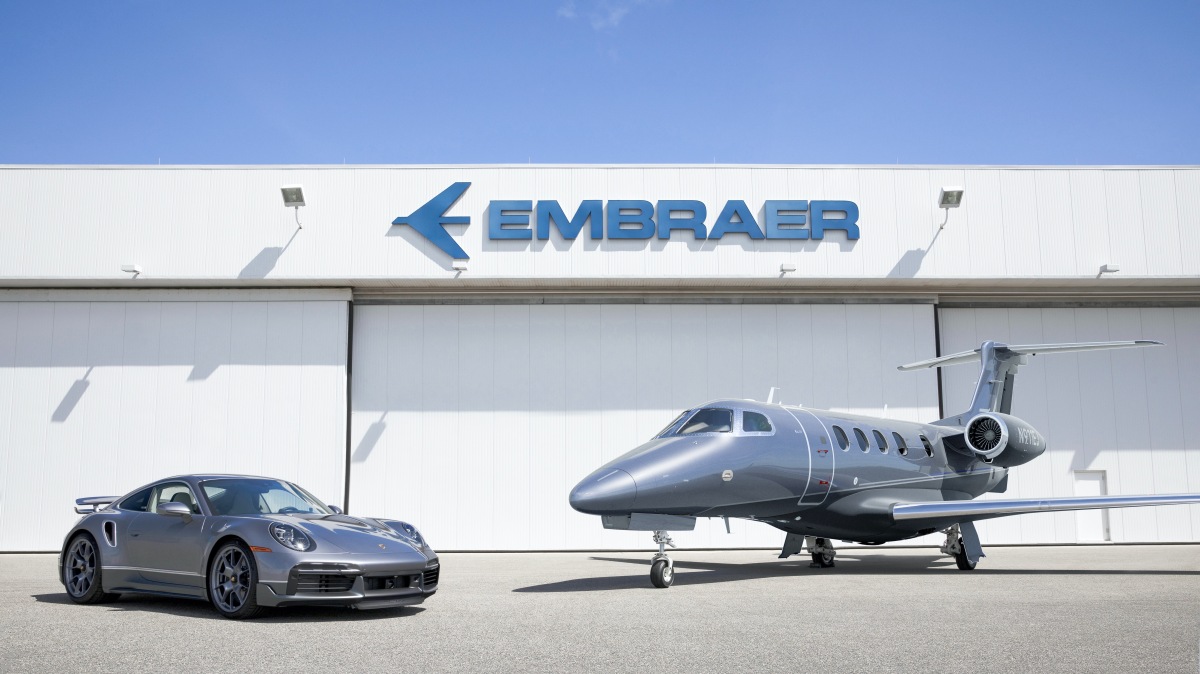 Private jet travel is the pinnacle of wealth – no need to wait for anybody to board, no waiting for luggage or even rushing to the gate to be front of the line to board first. Instead you swan up to the waiting jet, get in and off you go.

Well Porsche and Embraer have teamed up to present the ultimate pairing aptly named ‘Duet’. Purchase one of ten limited edition Embraer Phenom 300E, the fastest and longest-ranged single-pilot jet, can have their Porsche 911 Turbo S in a similar spec.

The sports car and jet have the same two-tone paintwork in Platinum Silver Metallic and matt Jet Grey Metallic with trim strips in Brilliant Chrome and Speed Blue. The Duet logo which takes its cues from aerodynamics is used on the exterior and in the interior of both products: it is embossed on the head rests, and also features on the limited-edition badge. Another nod to the owner’s pairing is that they may have their jet’s individual registration on the underside of the rear wing and on the sides of the vehicle key.

Some other nods to the jet include ‘No Step’ sills, two tone steering indicating the jet’s yoke as well as the stopwatch of the Sport Chrono package.