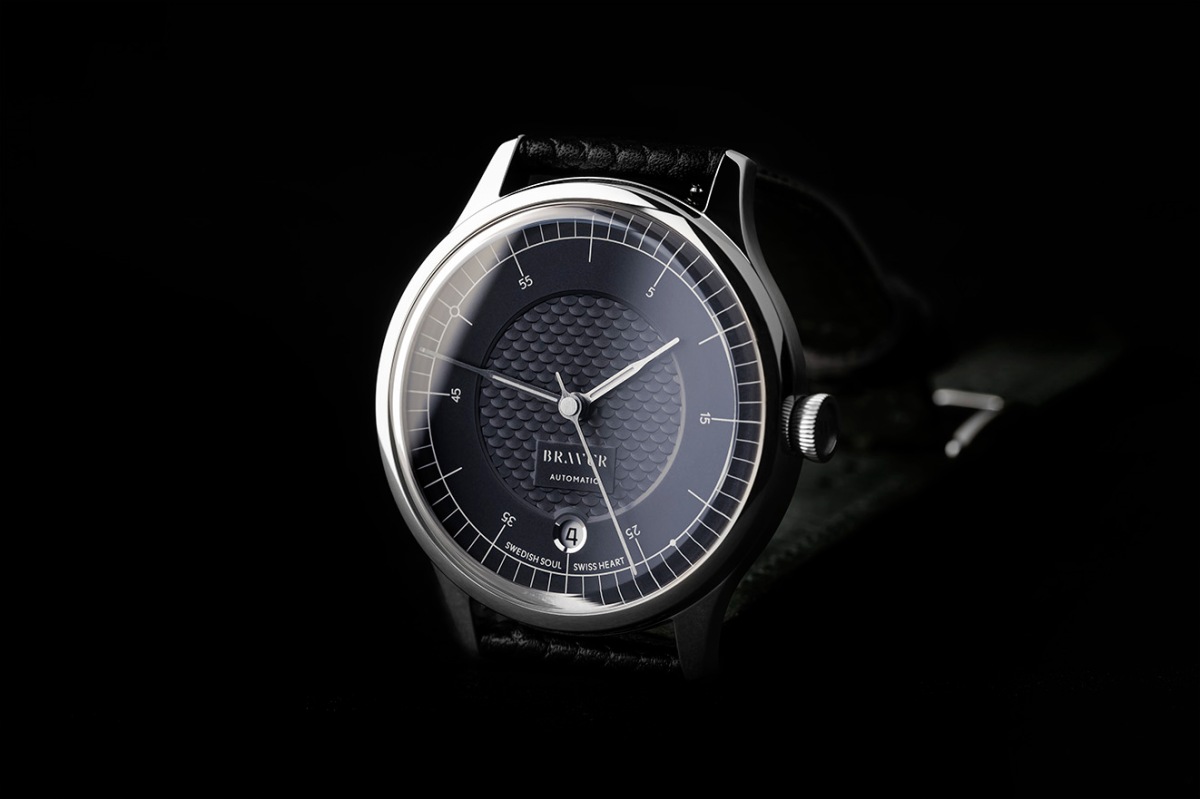 Swedish father son duo Gert Wingårdh and his son Rasmus Wingårdh both famous architect and award winning designer teamed up with Bravur to interpret Bravur’s Scandinavia model, resulting in a watch inspired by the Swedish west coast and the Scandinavian light.

The watch comes in a Light and Dark version, limited to only 50 pieces. It is characterized by a geometric fish scale pattern on the dial, backside and leather strap, inspired by the west coast with its fishing and seafood culture.

The recessed pattern in the middle of the dial creates a beautiful texture. The minimalistic print and the inverted date dial, gives the watch a graphical look. The team came up with a fantastic idea to represent the limited number on the watch face. Each individual number is represented as a dot on the minute track dial from 1-50.

With a case diameter of 37 mm the size works well for both men and women. It has a polished bezel and a brushed mid case side surface as well as Bravur’s signature recessed mid surface logo on the crown. The watch is powered by a Swiss made automatic movement from Sellita, caliber SW300-1.

Available in either white with blue hands or blue with brushed steel hands, both are priced well at £1,135 and come in a traditional watch box and an exclusive leather case that can be used for travelling.