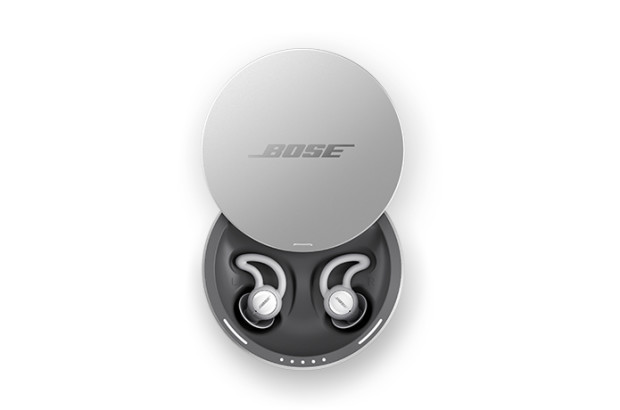 Disjointed sleep patterns can severely affect mood and is linked to multiple health issues. After a long day at work, the last thing anyone needs is a sleepless night due to partners snoring or unwanted street noise. 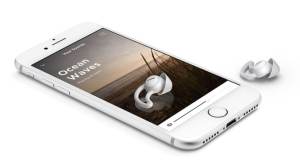 A company called Hush had started marketing an ingenious product that combined soothing sounds into earplugs to help people sleep. At the same time Bose were testing early prototypes of noise masking earphones (in-ear headphones wired to an iPod attached to a user’s sweat band).
In 2016, Bose acquired Hush and the teams joined forces to create and perfect the ultimate noise-masking earbud. The buds have in-built flash memory with a variety of 10 soothing sounds (six of which found in nature) pre-loaded helping the wearer muffle unwanted noise. As the buds are connected to a mobile app, the wearer won’t miss their morning alarm and an added benefit – your sleeping partner remains asleep. The earbuds are capable of providing charge for two nights worth before needing to be charged in their bespoke charge/carry case.

But how do these earbuds actually work? 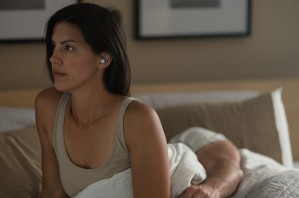 In most noise-cancelling headphones adding a second frequency that is out of phase when compared to the first cancels out the troublesome sound, however noise masking is different. “Masking works because of the way different sounds combine in our inner ears; if they have the right match of frequencies and one (the masking sound) is just enough louder than another (the disturbing sound), your inner ear and brain cannot detect the disturbing sound.”

Through the app, all elements can be altered from types of sounds played to volume and length of the sounds heard. Bose has taken a different approach with this new product, by asking for feedback on a product through crowdsourcing site Indiegogo. Through this process the company aims to learn more about sleep and any flaws users may find before bringing the product to the mass market later in 2018. These earbuds aren’t a replacement for wireless headphones, they have been created to help people take charge of their sleep, but will people want to wear earphones as they sleep? There is no word on how much these will cost but if other Bose products are anything to go by expect the Sleep Buds to be around the £250 range. 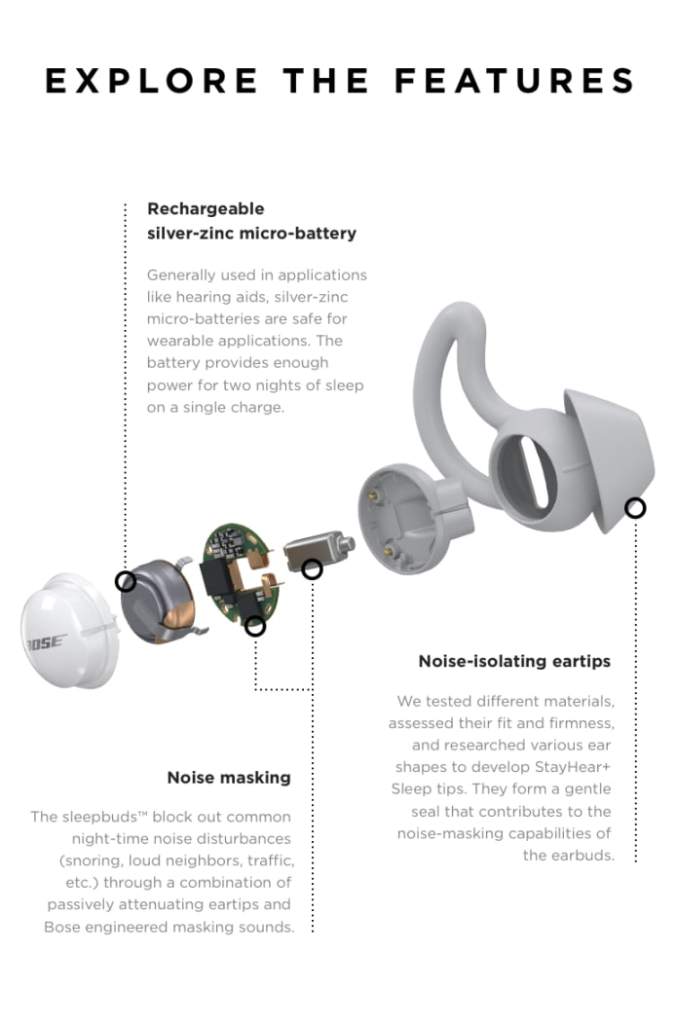